The director Rosto has died

It is with great sadness that the Annecy Festival team has learned of the premature death of Rosto, at the age of 50, 8th March.

Author, director, illustrator and musician, Rosto passed away this Friday 8th March, and he was in the throes of his first feature length animation film.

Born 14th February 1969, his writing began a series of rock’n’roll songs for his group, Thee Wreckers. At the same time he founded the Rosto A.D. Studio where he started producing and directing short animation films.

Between 1998 and 2014 he published the transmedia project Mind My Gap, an online serial graphic novel combining drawings, photographs and musical creations. This in turn inspired an animated short film trilogy: Beheaded, (The Rise and Fall of the Legendary) Anglobilly Ferverson (selected at Annecy in 2002) and Jona/Tomberry.

A regular at Annecy Festival where several of his films were screened, he was a member of the selection committee for the short and feature films in 2004, alongside Régina Pessoa and Lolo Zazar, and was awarded the Sacem Prize for Best Original Music in 2013 for his short film Lonely Bones. Last year his short films were part of a Special Programme within the context of the theme Music and Film Animation, and he was speaker at the Animators and Musicians Masterclass. 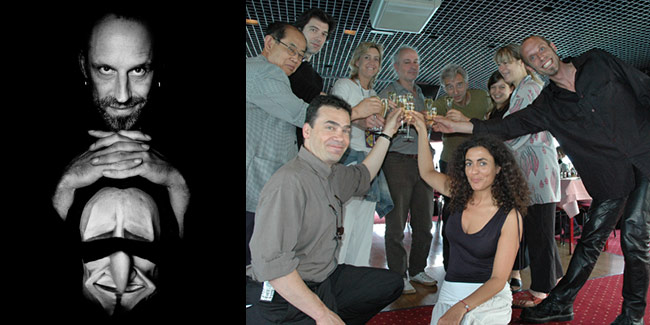 Nicolas Schmerkin (Autour de Minuit), Rosto’s loyal partner, prepared a few words after his death: "But, before being a genius with images, a talented composer and a world figure in animation, he was first and foremost an exceptional being, a heart of gold in a rocker’s jacket, an unparalleled classy punk who made an impression on anyone he came across on his worldly travels. He became a friend and a brother, a companion whose journey stopped way too soon. He had just finished his musical tetralogy, of which the last piece, Reruns, in hindsight resounds like a testament."

Marcel Jean, Artistic Director of the Annecy Festival, also gave tribute: "My friend Rosto left in the great Splintertime ambulance yesterday. He was an immense artist, who contributed to renewing the creativeness of animation film, he made an impression on so many other artists, and fascinated thousands of moviegoers over the last 20 years. He was also, and especially, a great man, a kind of punk prince whose class, kindness and generosity was in stark contrast with his rocker’s elegant aloofness, his unique look drew attention as soon as he walked into a room. Rosto was attentive, brilliant and had extraordinary courtesy."

All our sincere thoughts from the Annecy Festival team go to his family and loved ones. A screening will be devoted to him in the upcoming edition, as part of The Big Sleep.