CITIA reveals the 3 projects that will inaugurate the 2021 artists’ residency dedicated to animation feature film.

Last June, CITIA, the organisers of the Annecy International Animation Film Festival, announced the creation of the arts residency "Graphic development for animation feature film" with backing from the Région Auvergne-Rhône-Alpes, Département de la Haute-Savoie, the CNC and France Télévisions – this is a new milestone in the shared history between the Annecy region and animation film.


During the summer, 32 projects were submitted, from 17 countries: France, Italy, Spain, Ireland, Georgia, Colombia, Argentina, Brazil, Venezuela, Hungary, India, Dominican Republic, Serbia, China, Turkey, Mexico, and the Philippines. Because the three-month residency for graphic treatment is intended to enrich the narrative, the maturity of the script was one of the criteria for the selection process.

- Piece by Alan Holly (Ireland), a modern animated drama about societal pressures and anxieties and their impact on young people. The project follows seven adolescents who question themselves and the world around them.


- Heirloom by Upamanyu Bhattacharyya (India), a family tale that follows the life and rise of the young Solal over almost fifty years and pays tribute to centuries of textile traditions in India.


- Le Cœur à danser by Pierre Le Couviour and Amine El Ouarti (France), a fictional story, set in Brittany, about a young girl who takes it upon herself to organise a big party to celebrate the village’s men returning from the war. But, there’s no way of knowing if her father is among them. Her encounter with the legend of the City of Ys will guide her. 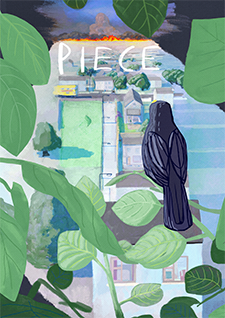 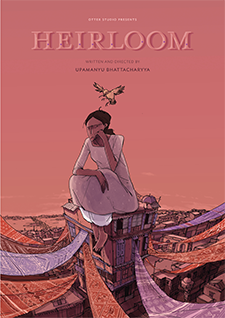 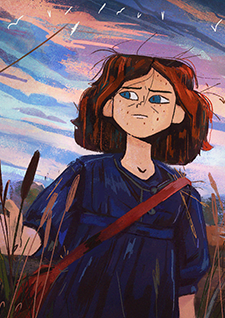 CITIA will invite a member of the team from each of these projects to Annecy, from 5th April to 27th June 2021.