TV Producer-programmer and animation film historian, Bruno Edera, supported the professionalisation of this sector in his country by founding the Swiss Animation Film Group. He died on 17th November.

Born on 3rd November 1937 in Sainte-Croix, in the Vaud canton in Switzerland, as a teenager Bruno Edera already filmed his first amateur productions before founding two film clubs in his hometown and in La Chaux-de-Fonds.


He began his career at Paillard-Bolex producing cinematographic equipment as a machine draftsman. Later, his passion for animation permitted him to join Télévision Suisse Romande (TSR), first as an expert collaborator in this field, then in charge of animation film co-productions, and finally, until he retired, as producer of television programmes such as Sauce cartoon or A comme animation.


From 1968, at a time when animation was still fairly unknown in his country, and when people pursued it in a more self-taught, hand-crafted and solitary manner, he has the bright idea of getting animators, directors, technicians and producers together to share their experiences. With Nag and Gisèle Ansorge, Georges Schwizgebel, Claude Luyet and Daniel Suter, he establishes the Swiss Animation Film Group (GSFA), and the very first meeting takes place in his kitchen at home in Onex.
In 2020, this section of the ASIFA (International Animation Film Association) will gather together around 200 Swiss professionals. 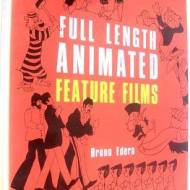 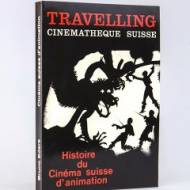 Bruno takes part in many festivals throughout his career. Each of them "plays an important role in his activity", providing the opportunity to meet Russian, Polish or Czech creators, when everyone is still only talking about American productions.
The event that influences him the most, in the early 1960s, is the Annecy Festival (that at the time is known as Journées internationales du cinéma d’animation, JICA). He becomes a member of the board of directors of the organising structure, which is called the Centre international du cinéma d’animation (CICA), and subsequently remains a very dear friend of the event.

A true animation film archive, Bruno Edera publishes many articles in specialist magazines, as well as the works, Full Length Animated Feature Films (1977) and Histoire du cinéma suisse d’animation (1978). With À la découverte d'un cinéma méconnu : Le Cinéma d'animation africain (in collaboration with the Annecy Festival, 1993), he is the author of one of the very first publications on the subject.
He would’ve been thrilled to learn that Annecy 2021 was going to pay tribute to animation from this continent.

In 1988, in recognition of his full career, he is presented the Raoul Servais Award.

In his later years, an illness slowly erases Bruno Edera’s memory and his life-long journey and Covid takes him at the age of 83.